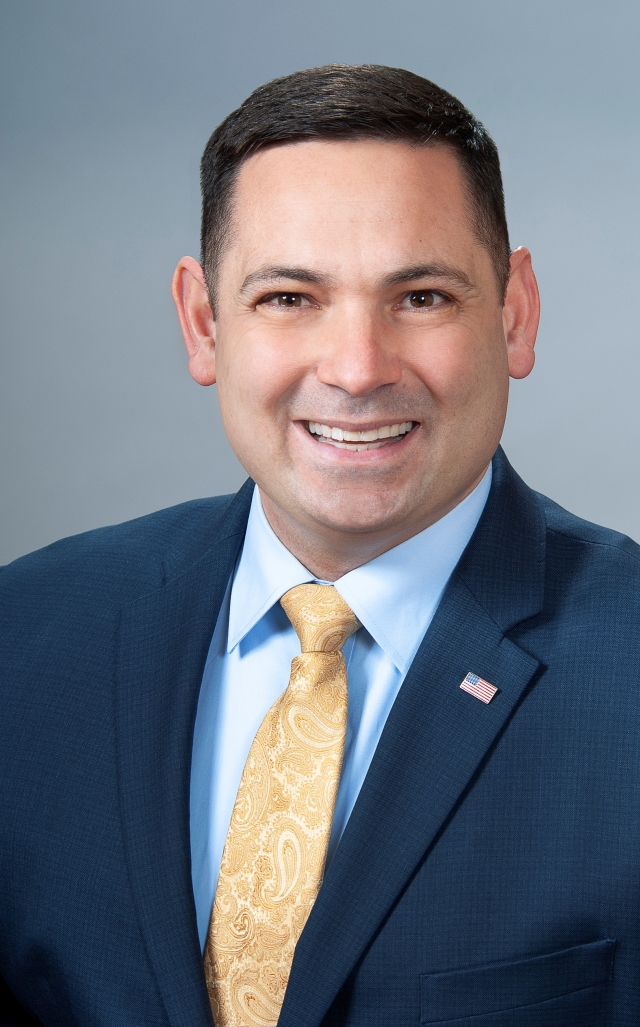 State Representative Haraz N. Ghanbari (R-Perrysburg) was appointed in March 2019 and is serving his first full term in the Ohio House of Representatives after being elected in November 2020. He represents the 3rd House District, which encompasses all of Wood County.

Haraz has dedicated his life to serving others and has more than two decades of military service. He is a Navy veteran of Operation Enduring Freedom in Afghanistan and Operation Inherent Resolve, and an Army veteran of Operation Joint Forge in Bosnia. Promoted to Lieutenant Commander on Sept. 1, 2018, he currently continues his service in the United States Navy Reserve.

Previously, Haraz served as the Director of Military and Veteran Affairs for The University of Toledo. His commitment to service members, veterans and their families was underscored in November 2018 when he was inducted into the Ohio Veterans Hall of Fame as their youngest inductee ever.

Prior to joining UT, Haraz was a staff photojournalist for The Associated Press based in Washington where his assignments included traveling nationally and internationally as a member of the White House and Pentagon press corps. During his time in Washington, he traveled on assignment with Presidents George W. Bush and Barack Obama, Secretaries of Defense Donald H. Rumsfeld and Robert M. Gates, and Secretary of State Hillary Rodham Clinton.

Haraz is an Eagle Scout, a member of the Iraq and Afghanistan Veterans of America, the American Legion, and a lifetime member of the VFW and the Military Officer Association of America. He and his family are members of CedarCreek Church.

Haraz and his wife Kim have two children.